Rocket Crafter’s STAR-3D became a success after the company made use of 3D printing technology. The company has reportedly completed more than 40 small tests, and now, they are ready to conduct large-scale engine tests.

Just to put it simply, a hybrid rocket engine uses a mixture of fuels, be it solid, liquid, or gas. Unlike other technology, this hybrid engine is much safer for the environment.

Another reason this hybrid engine is a great relief for rocket science is that it can be restarted and throttled. Since it does not use a single kind of fuel, it is much safer and faster. As per the company, they can scale hybrid rocket engines from 125 lbf to 5000 lbf.

In comparison to liquid-fueled rocket engines, this hybrid takes less time to be developed. And what’s better? It takes even less money!

Hybrid rocket engines, on the other hand, have become a boon. They are much simpler in design and easier to maintain. STAR-3D has only 2 movable parts. And, it stores two separate fuels (liquid and solid), preventing any accidents from occurring.

Why Is This Innovation Important?

This greener hybrid rocket engine will make launching satellites into space much safer and easier. Since it’s extremely cost-effective, space travel can be made accessible to the general public too. With this latest technology, rocket engines have become more sustainable.

However, the best reason for this hybrid engine to go viral is that it makes rockets much greener. And we all know how much quick change we need for the environment to heal faster.

Read: Solugen Is Manufacturing An Eco-Friendly Industrial Cleaner To Revolutionize The Chemical Industry 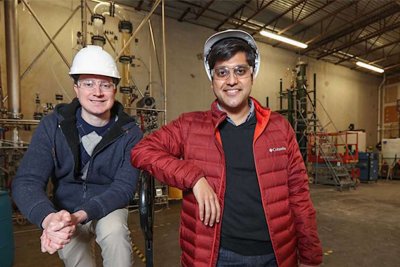